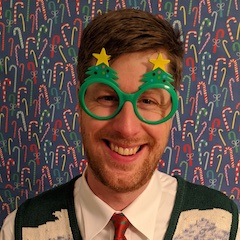 The middle ages weren’t a pleasant time to be alive. The Black Death killed half of the European population, out-of-control mercenary companies ravaged the land, peasants were exploited on every level by the nobility. In A Distant Mirror, Barbara Tuchman (author of The Guns of August on the runup to the Great War) walks through what life was like, with an eye towards the politics of the nobility and a focus on France in the midst of the Hundred Years war.

Wars between kings are expensive, usually funded by taxes on the peasantry around extremely pointless issues, and come to anticlimatic resolution. One French Duke spends several chapters trying to get money to fund a company to go to Italy to press his claim on the Kingdom of Napes. In doing this he ignores the troubles of the French state (Charles VI has succeeded his father but is only a boy). Once he does get troops together they march down into Italy, manage to piss off all the Italian city states, ignores an opportunity to score a political win for the French state by capturing Urban VI (half of a papal schmism), and eventually dies without accomplishing much of anything. Later Tuchman characterizes this mindset:

What moved knights to war was desire to do deeds of valor augmented by zeal for the faith, not the gaining of a political end by force of arms. They were concerned with the action, not the goal—which was why the given goal was so rarely attained.

The book is full of stories like this - from our view of things, political actors pursue the wrong goals, squander their opportunities, and ultimately accomplish nothing. It’s clear George RR Martin took inspiration for his Game of Thrones from this portrait of the era. As much as his later books are criticized for going nowhere, history has way more examples of action that goes nowhere. If anything, A Feast For Crows and A Dance With Dragons have way more action than their historical models.

A Distant Mirror ends with the story of the Battle of Nicopolis. The French knights go to Hungary to help the King of Hungary defend against the Ottoman Turks. In doing this they squander their money on luxuries for the traveling nobles, underestimate their opponents, ignore good battle advice, and make an ill-advise glory-seeking charge. The knights end up losing and are captured and ransomed by the Turks.. Later, French knights are cut down by English professional soldiers at the Battle of Agincourt, the English’s attempts to claim the French crown are foiled by revolts from Joan d’Arc and the emergence of a French national identity, and in a final act of pointlessness the main character’s castle is ultimately blown up in a show of force by Erich Luderdorff’s troops in the Great War.

Why do we read history? The fourteenth century is so disconnected from today’s political situation that it’s impossible to draw major connections, but people today are still much like people six hundred years earlier. What Tuchman does on page after page is to draw out the people - who they were, what they wanted, how they lived. There aren’t many books like this one.