Just finished up Children of the Revolution, a book covering the history of France from the end of the French revolution (1799, with Napoleon in charge) to the start of the Great War (1914). The 19th century is one of my favorite periods in history due to the amount of social change, the emergence of mass politics, and the formation of an industrial working class. The reason I read this book was that I was interested to learn a bit more about how France dealt with this period of change, especially after having read a book on Germany (A History of Modern Germany, 1800-2000, Martin Kitchen) which overlapped with the same period. 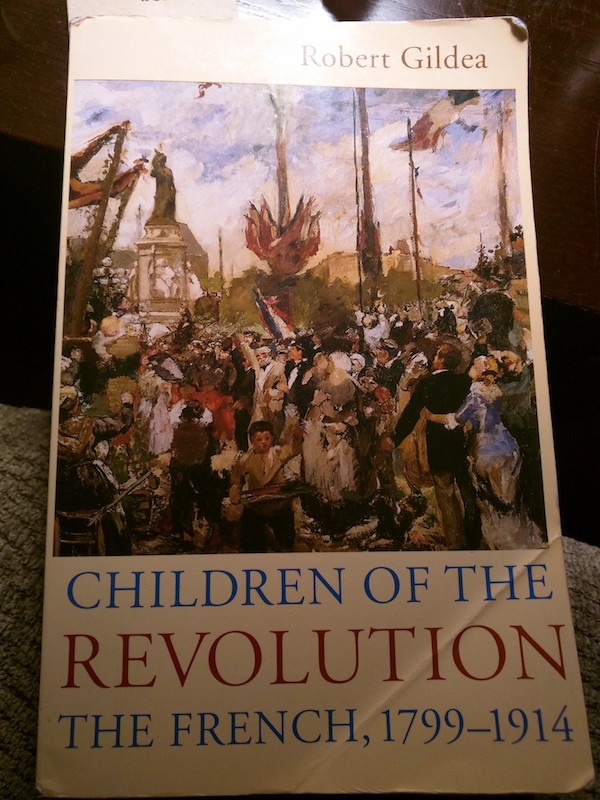 The book is split into two halves - the first covers the portion after the revolution up until the Franco-Prussian War in 1870. This period saw a turbulent series of political changes which Gildea characterizes as “replaying” the different aspects of pre-Revolution France - trying the Ancién Regime under Charles X, trying a constitutional monarchy again under Louis Phillipe, trying the empire again under Napoloean III. I found the second half of the book a lot more interesting as the various political changes settled down and the French Third Republic had to pick through the aftermath of the Paris Commune to create a governing society.

I really enjoyed this book and it was a good reminder of how messy “successful politics” can be. The Third Republic didn’t make everyone in French society happy and it had major threats to its legitimacy with the rise of Boulangism (a movement around a blowhard general named Ernest Boulanger who ended up successfully shut out of power) and the constant threat of a general strike from the various workers unions. It only passed certain reforms and often when it did implement them the ultimate goal might be missed, leading to continued exploitation - a labor law passed in 1892 in limited the working day of women to only 11 hours a day, but all this ended up doing was forcing labor outside the mainstream and into sweatshops branded as “family workshops”. The Dreyfus affair tore apart society along a number of lines that were existing fault lines in society: Catholics vs non-Catholics, Jews and immigrants against “French nationals”, pro-military vs anti-military. Eventually the period after 1870 ended up with a consensus in French society that lead to the nation uniting to survive the Great War.